Why TMWA Does not Have a Turf Removal Program 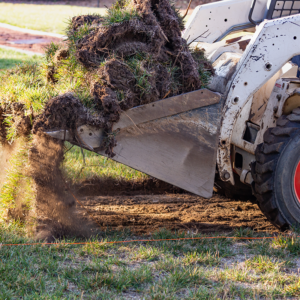 Given concerns over drought and water supply, we often get asked why TMWA doesn’t have a grass removal program. It’s a little complicated but the short answer is that local water regulations don’t allow for it and, even if they did, such programs would come at a high cost for a relatively low return.

Unlike Las Vegas, where water conserved from turf removal can be dedicated to new development, in our region, long-established agreements require unused surface water to be either left in or returned to the Truckee River for downstream users.

It’s also worth noting that the very regulations that make a turf-removal program unworkable for TMWA, have also allowed us to store record amounts of water in our upstream reservoirs. This, combined with responsible use by customers and careful management by the community, has left us more than able to deliver an ample supply of high-quality water to our customers.

To better understand this, it’s helpful to examine the situation in Las Vegas and why their approach—though appropriate for southern Nevada—is not currently appropriate for our region.

What Does Vegas do to Remove Turf?

SNWA estimates that watering nonfunctional turf uses 10% of its Colorado River allocation and that it could save roughly 29,000 acre-feet each year by removing it.

Removing nonfunctional turf makes sense for SNWA because they get credit for water that is returned to Lake Mead through the sewer/water reclamation system. Water used for turf irrigation does not get returned; it is essentially lost.  By converting turf-irrigation water to recoverable use, such as indoor, household applications, it will be captured by the sewer/water reclamation system and returned to the lake. This allows SNWA to extend its water supplies to meet the demands of future growth without having to acquire additional water supplies.

How are we Different in the North?

For the Truckee River, TMWA does not get the same credit because downstream users rely on the water returned to the river through the water reclamation facility.

TMWA requires new development to dedicate agricultural water rights that have been converted to municipal use.

Prior to urbanization, farmers in the Truckee Meadows diverted water from the river to flood irrigate their crops.  A portion of this water returned to the river as agricultural runoff and this return flow is used by downstream water right holders such as the Pyramid Lake Paiute Tribe and Truckee-Carson Irrigation District.

Because the return flow essentially belongs to downstream users, TMWA cannot get credit for it and divert more water from the river in the same manner that SNWA can get credit for treated effluent returned to Lake Mead.  That is why TMWA cannot use water from permanent conservation (such as that from turf removal) to meet future water supply needs.

As explained above, in most years, when reservoir storage is not being released to meet demand, additional conservation measures will not result in an upstream storage benefit. But even if it could, the results would be much less significant than they are in Las Vegas.

It’s worth noting that part of the reason for this lower conservation yield is that Reno has a much shorter irrigation season than Las Vegas.

The Cost Doesn’t Pencil Out

Lastly, turf irrigation provides some recharge to the aquifers that TMWA relies on in droughts to provide water to customers when river flows are reduced.

TMWA is seeing this in residential and commercial development and this trend caused TMWA to recently reduce its water right dedication requirements.

TMWA is also working closely with the water reclamation facilities to maximize the use of treated effluent for outdoor irrigation.

In TMWA’s service area, treated effluent supplies roughly 7,140 acre-feet annually for irrigation of parks, golf courses, schools and street medians, and it is a key component of the region’s effluent management strategy.

The Truckee River was adjudicated during one of the worst drought periods on record, which means the river was not overallocated from the beginning.  Likewise, TMWA has been through severe drought periods, which led to many conservation measures such as: water right dedication requirement, metering, tiered rate structure, mandatory outdoor watering days, and water usage reviews.