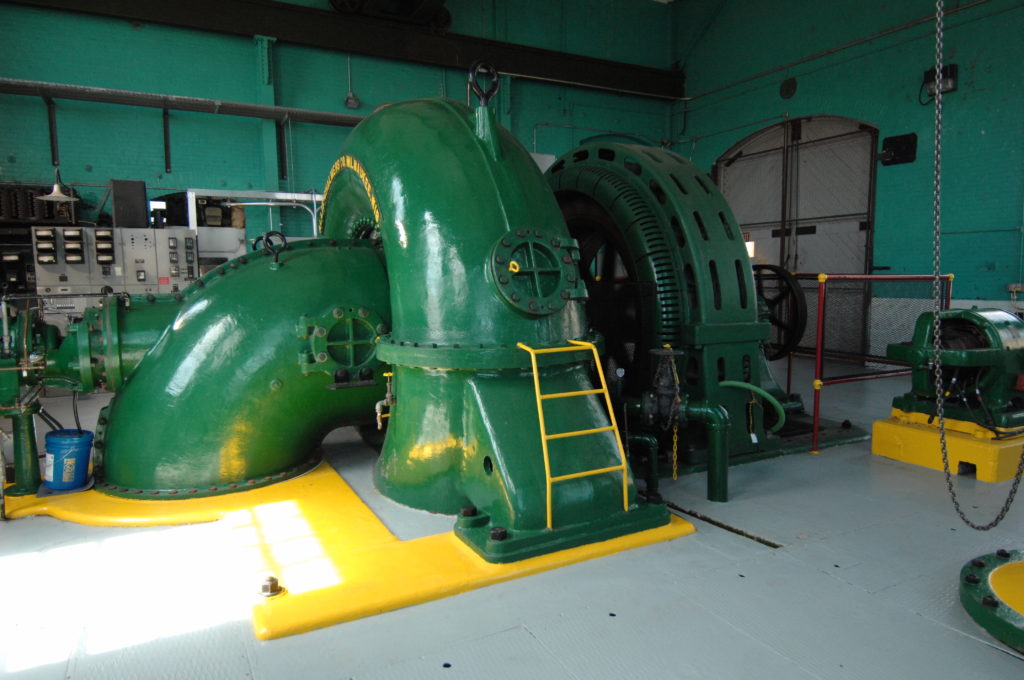 How does hydroelectric power help TMWA?

Power costs are one of TMWA’s largest expenses. We rely on gravity as much as possible to divert, treat and distribute water to our customers; however, in a mountainous community like ours, we still need to pump water and use energy for other purposes, in order to deliver water to your door.

How does TMWA generate hydroelectric power?

Water for hydropower generation is diverted from the river well upstream of the actual hydropower plant and is transported in flumes or canals along the river at a slope much less than that of the natural river. The water is then piped to a turbine that is connected to an electric generator. The height of the pipe above the turbines and the flow of water in the pipe provide the force necessary to turn the turbines. Simply stated, the greater the fall and the flow of the water, the more electricity can be produced.

TMWA is proud of its ability to generate more than 90 percent of the power it uses through clean, renewable hydroelectric power. Due to improvements made over the past several years to the Highland Canal raw water delivery system, the installation of a 30 kWh solar power generation project, and multiple improvements in the efficient use of power at our two water treatment plants, TMWA anticipates lowering its power needs going forward and closing the gap between energy usage and renewable energy generation. Since 2011 we have produced nearly as much power as we have consumed. In addition, we will continue to look for cost effective opportunities to expand our use of alternative energies and reduce our use of power.